I've been to the Netherlands this week and used the opportunity to take some pictures. I started my day quite early to go to the UNESCO World Heritage site of Kinderdijk. I arrived at about 6:15am, half an hour before the actual sunrise.

If you go there before the official opening hours you don't have to pay the entrance fee and it won't be that crowded. I only met a couple of people with their bicycles and some walking their dogs.

I will for sure come back for some pictures of the sunset later this year. 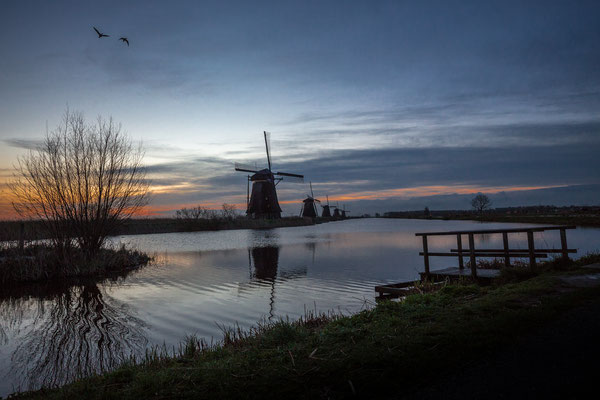 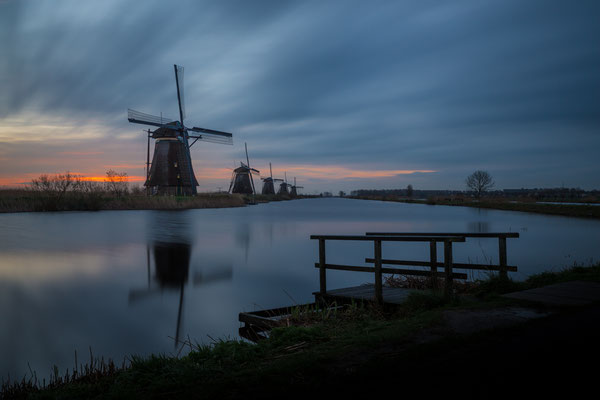 I used my tripod and an ND filter to make some long exposures to blur the clouds (2nd picture). However I like the first picture more due to the birds and the bush in the foreground.